Chapter 12 is for "family farmers". It is a reorganization bankruptcy, meaning that in a chapter 12 we set the farmer up on a payment plan that lasts between three and five years. Chapter 12 was created to eliminate many of the technical problems of a “regular” chapter 11 bankruptcy. It is similar to a chapter 13 in many ways, although the debt limits of a chapter 12 are much higher, because farming is often a capital intensive business.

Usually in a chapter 12 we re-write the secured debt, usually stretching it out with a balloon after a certain number of years, and pay a portion of the unsecured debt (often a very small portion). Payments which we change (such as a re-written mortgage on machinery payment) are made to the chapter 12 trustees, Kyle Carlson, during the term of the plan; the plan can provide that the payments to secured creditors continue after the term of the plan.

If the farmer is an individual or a married couple there are income and debt tests; basically that more than half of their gross income comes from a farming operation and that the total debt is less than $10,000,000.00. If the farmer is a corporation or LLC it has to be owned over 50% by a family, and the family must conduct the farming operation. 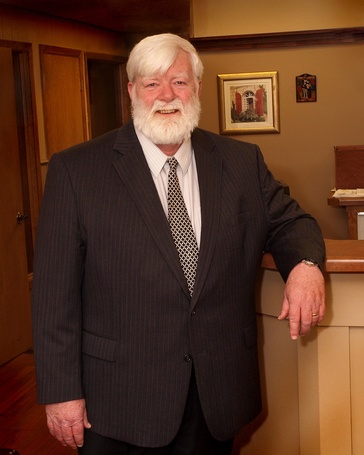 The paperwork we must file contains a list of the assets owned, the creditors, a budget, and information about the history of the business (a “statement of affairs”). Shortly after filing the paperwork with the court we have a meeting with the trustee. Within 90 days of filing the case we have to submit a plan. The plan must specify how each secured creditor’s debt is to be treated, how priority debts are to be paid (e.g., income taxes), and how much the debtor must pay to the unsecured creditors over the course of the plan. The court must consider approving the plan shortly after filing. However, it is not uncommon to file modified plans, which stretch out the process.

One great feature of a chapter 12 plan is that the farmer can keep their assets by paying the current value of the asset, not the full amount owed. Secured creditors must be paid at least as much as the value of the collateral pledged for the debt. One of the features of Chapter 12 is that payments to secured creditors can sometimes continue longer than the three-to-five-year period of the plan. For example, if the debtor's underlying debt obligation was scheduled to be paid over more than five years (i.e., an equipment loan or a mortgage); the debtor may be able to pay the loan off over the original loan repayment schedule as long as any arrearage is made up during the plan.

Priority debts, such as child support and alimony, must be paid in full; but as mentioned above unsecured, non-priority debts are often payable at a few cents on the dollar. Unsecured creditors only have to be paid what they would receive in a chapter 7 liquidation bankruptcy, although the farmer must commit “disposable income” (a defined term) to the plan.

Once we have a confirmed plan, if circumstances change, we can propose a modified plan.

The chapter 12 trustee will receive and distribute plan payments, deducting a fee, and will require reports (usually monthly) and will generally monitor the progress of the farming operation. When the payments under the plan are completed the court will issue a discharge which renders the unsecured debts uncollectible.

There are many technical requirements to getting to a confirmed plan, and operating the farm, and lots of negotiation with secured creditors, and this is just a brief outline of chapter 12, but the end result can literally save the farm.

Get in Touch with St. Cloud, Minnesota Bankruptcy Law Firm

Our Areas of Practice include: